What is a Virtual Private Server (VPS)

A Virtual Private Server (VPS) as the name implies is a "Virtual" dedicated server. Virualization and Virtualization Layers provide many significant benefits (see "Why Choose a VPS") and has now become the preferred server deployment method in not only the hosting industry, but IT in general. Two of the many reasons for this trendare thehardware "abstraction"and server density benefits.

Hardware abstraction allowsthe VPS to operate independently of the actual physical server and allows it tobe migrated without any software configuration changes. VpsCity VPS's can be migrated from hardware node (the physical server) to hardware node with ZERO downtime. In fact, we can migrate a server location from Auckland to Wellington without any service interruption whatsoever.

Having the ability to provision multiple Virtual Servers on one Physical Server allows us to reduce the overall cost to you - while still retaining the functionality of a dedicated server.

Inherint in VpsCity VPS's is the ability to allocate, monitor and share server resources between VPS's. Even though hardware is shared, the VPS technology features 'fair share' scheduling of processes, memory, and network, so no one VPS can interrupt service to other hosted servers.This providesthe best defense in preventing any single VPS from abusing shared resources and, ultimately, keeping your website and applications performing consistently.

At a Physical Server level, VpsCity ensures that no Hardware Node is allowed to function in a resource starved state. On the other side of the equation whilst a VpsCity "VPS L"may only have 25% cpu allocation of a Dual Quad Core server, your VPS is fully burstable to the servers maximum capacity, so where CPU cycles are available your $20 VPS has the full resource of a $15,000.00 Server.

Every VPS has its own completely independentdirectory structure and set of dedicated applications (Web server, mail server, etc.) AND each VPS can be rebooted without affecting any other VPS on the physical server through a remote reboot facility.

Did You Like This Article?
Talk To One Of Our Experts Now! 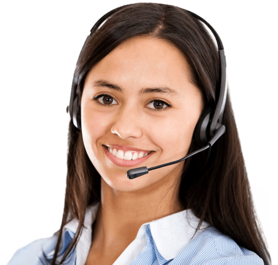